Archive For The “Dick Gabriel” Category 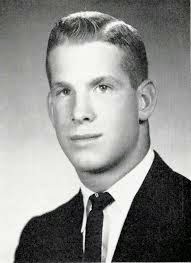 It was reflection as to how low the Brown and White football team had sunk that the announcement didn’t come with more fanfare.

After all, Lehigh was in the middle of a nine-year stretch where they had only been able to muster one tie in the span of eleven contests with their bitter Rivals.

Six times they were shut out.  Only once did they score more than 7 points against the Leopards.

It probably didn’t register that hiring of the former St. Lawrence University star, and former pro football player for the AAFL’s Brooklyn Dodgers, only a few years removed from military service in World War II, would forever change the direction of Lehigh athletics.

Few probably realized at the time that the inauspicious announcement would lead not only to one of the greatest Lehigh head football coaching careers of all time, but also would raise the Brown and White to a level of Eastern football supremacy among its peer colleges, as well as a spokesman for a different level of football, separate from the largest football schools like Alabama or Penn State.
Read more »