Archive For The “Game Recap” Category 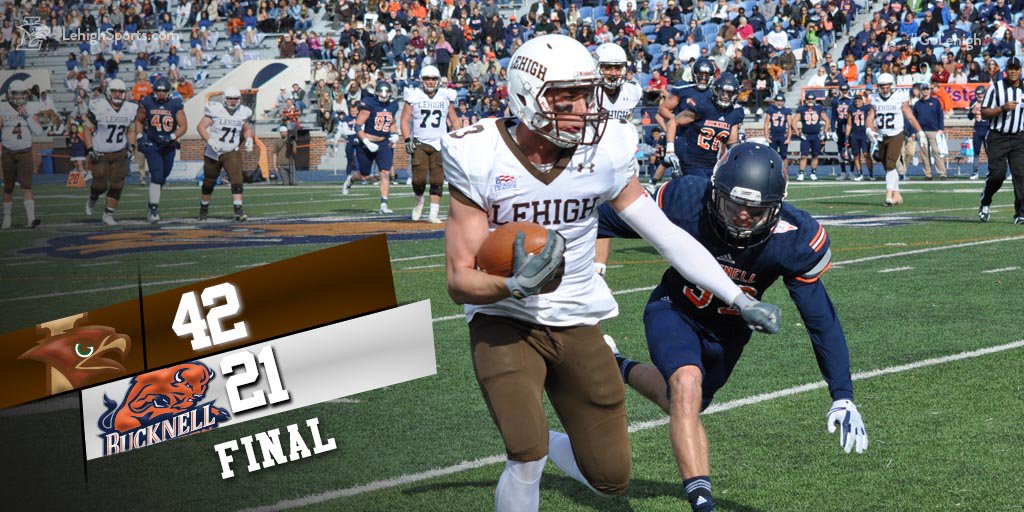 The 2017 Lehigh Mountain Hawks are known for having a great offense, a high-octane group that features stars like junior QB Brad Mayes and junior RB Dominick Bragalone.

But senior WR Troy Pelletier would trade it all for conference wins.

On an afternoon where he broke a bunch of school and Patriot League records – some of them unanticipated – his focus, as ever, was about getting the league victories that count towards the main goal of this team – to defend their Patriot League Championship.

“I didn’t know what the records are,” Troy said afterwards about his record-busting, 16 catch, 197 receiving yard, 4 touchdown performance.  “I just knew I was close.  I knew it was going to come if I bought in every day, do what I need to do every day to get better, and I knew it would come.”

In 41-38 Win Over Colgate, Lehigh Buries Memory Of Winless 1966 Season, And Gives Themselves Potential For More This Season

It was a very different time for Lehigh football, but in 1966, the Engineers started out the season 0-5, and had to travel up to Hamilton, New York to take on the Colgate Red Raiders.

“Lehigh faces its toughest opponent of the season tomorrow afternoon in the Red Raiders of Colgate, at Kerr Memorial Stadium in Hamilton, N.Y,” the 1966 Brown and White preview read.

It was that sort of historic elephant that the 2017 Mountain Hawks had on their backs this Saturday, whether they realized it or not.

Had they lost to their Chenango Valley rival, they would have been the first Lehigh football team to go 0-6 in more than fifty years.  0-5 entering this game, ironically their sixth shot at a football victory would involve going to the same venue to play the same opponent they played fifty-one years ago trying to avoid a 0-6 start.

Turning around an 0-5 start could be one of the hardest jobs in football, especially against a hated conference rival, and especially in a place that has always been a difficult place for Lehigh to play.

And it wasn’t easy.  The 2017 Mountain Hawks had help, both from some tough calls against Colgate and from some boneheaded penalties against the Raiders that were justified.

But this group of athletes achieved that goal that eluded the same goal of the Lehigh Engineers of 1966.  The football team playing this Saturday won a hard-fought 41-38 contest that maybe, just maybe, might have turned things around just in time.
Read more » 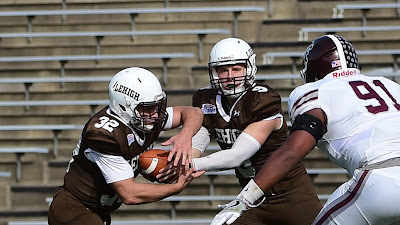 At times it felt like the playing field was just the personal playground of WR Gatlin Casey, especially when he broke free for a 93 yard kickoff return for a touchdown.  But it was more than that.

At other times, it felt like the defense, with freshman FS Riley O’Neil pouncing on a loose ball after a sophomore SS Sam McCloskey forced fumble. was the critical piece to keeping Colgate from winning this game.  But it was more than that.

And at other times, it felt like the offense, under the expert signalcalling of senior QB Nick Shafnisky, kept finding big plays, on many occasions to Casey, that kept the game out of reach for the Raiders.

In reality, it was all three phases of the game for Lehigh that finally formed the chemical reaction somewhere in the middle of the first half that erased a 17-7 deficit and transformed the different bits and pieces into an impressive 45-31 victory.

For in the first half, down 14-7, the game looked like it might just get away from the Mountain Hawks.
Read more » 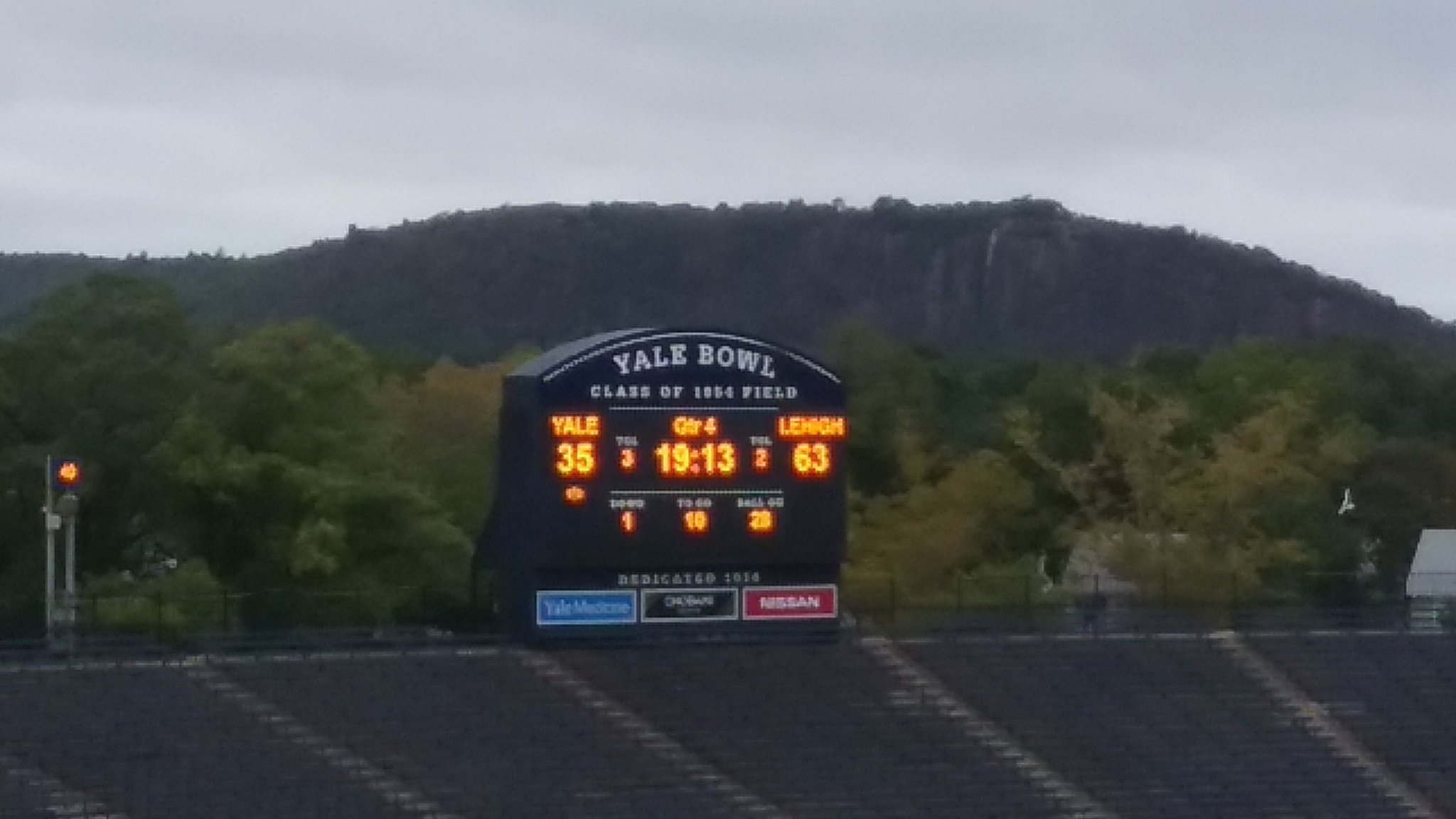 Sophomore QB Brad Mayes, who had seen time on the field as a freshman, trotted onto the Yale Bowl’s grass field to start the game instead.

By the time he’d left the Yale Bowl’s playing field, he and the Mountain Hawks would have put their marks on a whole lot of Lehigh and Yale Bowl records.

Combined, Lehigh’s and Yale’s 70 points would be the most ever recorded in a half of football at the Yale Bowl.  Lehigh QB Bob Aylsworth‘s record 454 passing yards in the Yale Bowl, broken.   The all-time team and individual Lehigh records for passing yards in a game, broken.  All-time touchdown pass record, tied.  Most points scored by an Andy Coen-coached team, broken. 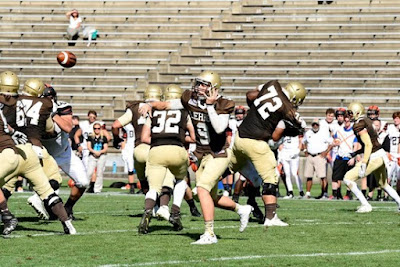