Archive For The “Kurt Rawlings” Category 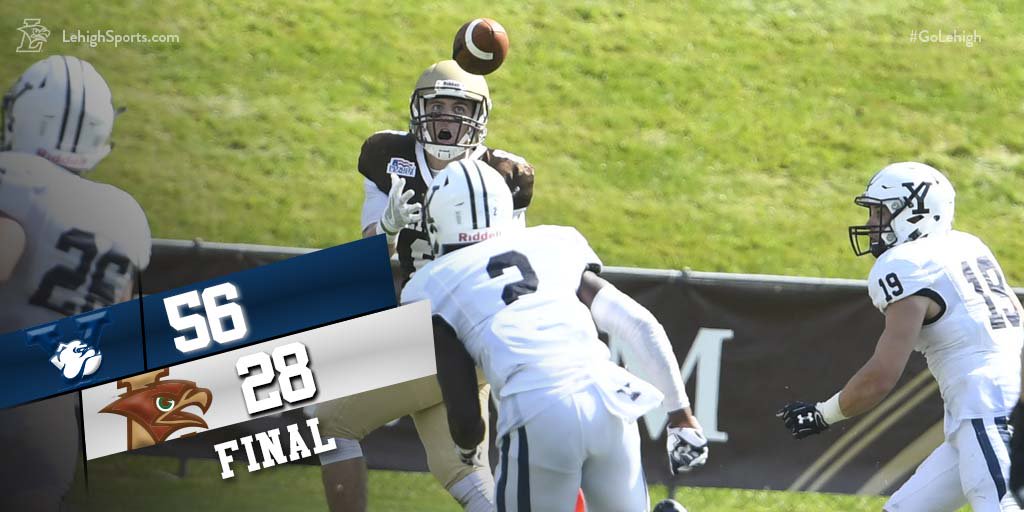 In front of about 5,000 fans, Lehigh fell into a too familiar game script.After falling behind by two touchdowns, Lehigh clawed to get back into the game but ultimately gave up touchdown after touchdown, falling 56-28 in what felt like a role reversal …

Yale At Lehigh Game Narratives: Into The Unknown

One of the quirks of being a Lehigh fan is that generally, the Mountain Hawks play an Ivy League team in their season opener.  This year, that team is Yale.

This sets the Mountain Hawks up in an odd situation – Lehigh is in their third game, and Yale is an unknown quantity.  It’s something that all teams playing against Ivy League teams face, but at times it feels like something that the Patriot League has to deal with more.

Over the years, there’s been a back-and-forth debate: who benefits more, the team that’s had two weeks to work out the kinks, or the team that has the element of surprise?

“I’d like to believe we have the upper hand,” head coach Andy Coen said this week, “because we have played two games and you’d hope that Yale will make some first-game mistakes and we’ll be able to take advantage of them.”

“Being able to go in and have two weeks rather than [against] most teams [when] we only get to prepare for one week [has been a plus],” Rawlings said. “Having two weeks to be able to study up and almost know what they’re going to be showing and doing, is certainly going to help us. … They beat us last season, but I’m really excited. I think we’re going to do pretty good against them.”

This week, College Sports Journal picked their order of finish of the Ivy League and the Elis were picked to finish 5th, in contrast to the preseason Ivy League media poll, where they were picked fourth.

“Exhale, Elis, you did it,” it said.  “For only the second time in a decade, Yale finally beat their most bitter Rival in The Game, 21-14, giving head coach Tony Reno something pleasant to bring into the offseason for a change.  That win, however, somewhat masks a maddeningly inconsistent 2016, where Yale went 3-7, gave up more than 40 points on defense four times, and somehow managed to lose to Cornell 27-13 at Schoellkopf Field.  The win in The Game will provide hope in New Haven and a good feeling in the offseason, but will it translate into a winning season and an Ivy League title run?”