Curley, Schultz and Spanier May Serve Time in Jail in Penn State Scandal, But it Doesn’t Feel Like Enough 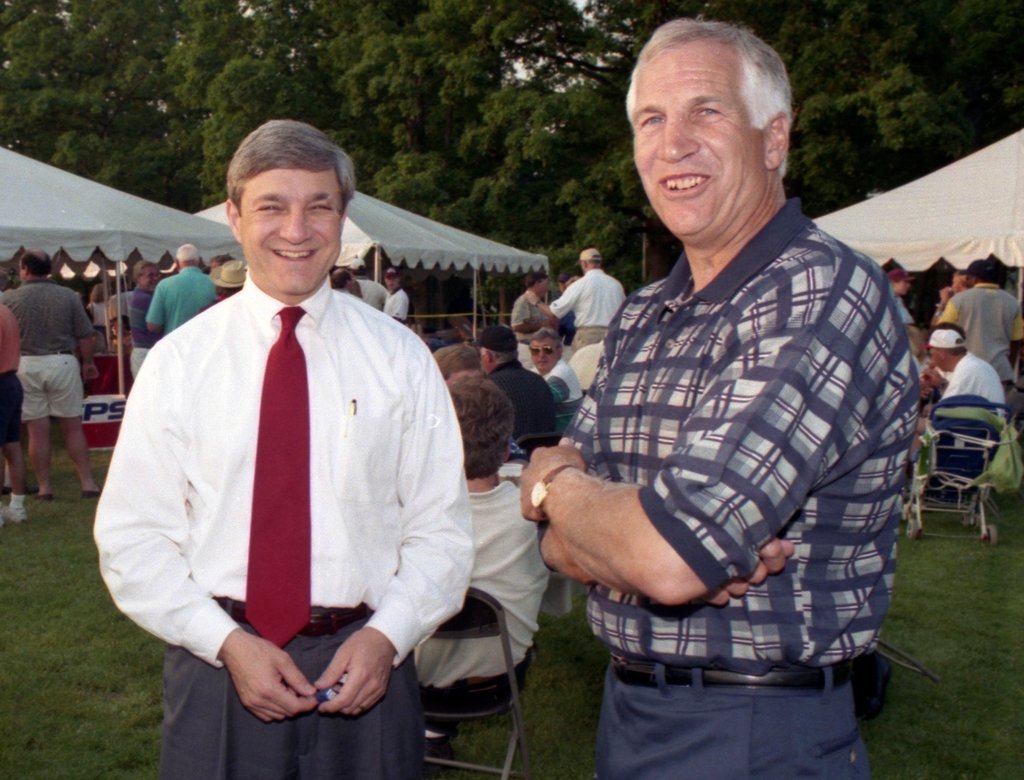 Finally, I hoped, some justice would prevail.

It had been 19 years since the then-President of Penn State, Graham Spanier, had emails hit his inbox that Gerald Sandusky was being investigated about an incident involving Sandusky and a child in the showers in Penn State’s Lasch building.

Recently, Spanier had opted for a public trial in an effort to prove his innocence, but a former Penn State athletic director, Tim Curley, and former Penn State legal counsel, Gary Schultz, had pleaded guilty for the lesser charge against them – endangering the welfare of children – to avoid that spectacle.

Spanier chose instead to fight his way in court that he was innocent – that the reams of information unearthed by Louis Freeh‘s report were wrong about his involvement with Sandusky’s crimes.

Late on Friday afternoon, on a day of many other news events and distractions, the verdict was in: Spanier was found guilty of the same crimes for which Curley and Schultz pleaded guilt last week – endangering the welfare of children, the cold, sanitized description of the act of allowing Sandusky to go free without much consequence and continue to go throughout Centre County, and even all of Pennsylvania, to molest more children.

It’s a verdict that seems to make nobody happy, and also appears to be a compromise that doesn’t seem to fit the facts, whether you find Spanier guilty of a cover-up or innocently trying to do the right thing for Sandusky and the Penn State football program.

Curley, Schultz and Spanier may serve some time in jail.  But even if they do, it doesn’t feel like enough.

Position Switches Something To Watch In Lehigh’s Spring Session

Probably the biggest news from the first few days of spring practice is a few changes on the depth chart that may not seem that important at first, but could pay off later this fall.

It’s the switch of rising senior Marc Raye-Redmond to the offensive side of the ball, and rising junior Nick Thevaganayam to the defense.

Raye-Redmond last season played mostly on special teams, and was listed as a defensive back.  In his role on special teams, Marc excelled, not only notching 12 tackles but also getting 184 return yards alongside rising senior WR Gatlin Casey on kickoffs.  Against Princeton last year, he had two returns for 49 yards.

Lehigh’s 2017 Spring Season To Feature Continuity On Offense And Special Teams, Even With Different Coaches

There’s a lot of excitement in Lehigh Nation about the upcoming spring football season as the Mountain Hawks look to defend their Patriot League Championship.

Some things will be very familiar: watching RB Dominick Bragalone running the football, WR Gatlin Casey and WR Troy Pelletier catching them, and C Brandon Short anchoring the offensive line.  Even Lehigh’s quarterback, QB Brad Mayes, will be a very familiar face, considering that he’s already spent a lot of time on the field the last two years.

But elsewhere, there’s a lot of newness – as is common for many FCS programs this time of year.

So this Spring, in defense of their Patriot League Championship, what’s in store?  Start off with some staff promotions from within that should mean some continuity from last season to this season.
Read more »