Know Your 2015 Opponents: James Madison (And The CAA)

In a typical Lehigh football season, there is one early “stretch game” that tests the Mountain Hawks in regards to their potential stature in thw wider FCS world.

There’s little question that Lehigh’s trip to Harrisonburg, Virginia is going to be that test.

In 2015, the Dukes will be in an unfamiliar place – living up to the expectations.
Read more »

The nostalgia kind of crept up on me.

I wasn’t expecting to feel nostalgia on our family’s trip to Montreal, a trip designed (mostly) by my wife to get us away from the stresses of the day job and the business of running a family.

But somehow I found myself in front of Olympic Stadium today, or the “Big Owe”, as it was called at one time, with memories of piling in a car in Connecticut eighteen years ago with a pal of mine to watch a baseball game there.  Here.

I never expected to be here talking about the Montreal Expos.  But I am.

I never expected to want to buy a Montreal Expos hat today – to want that hat more than any other souvenir I could buy on this trip.  But I did.

The memories of a baseball game I went to so many years ago became a trip down memory lane of the Expos franchise – the most amazing, improbable, groundbreaking, doomed franchises in the history of professional sports.  Their story is one of optimism triumphing over reality to come into existence, coming tantalizingly close to tasting postseason success, and finally, when the end came, one of the saddest, most injust experience in history about the end of a sports franchise.

I may have been the only one in the city of Montreal today who felt the pull of the Expos, but standing there on the sea of concrete looking up at the Montreal Tower jutting out of the Stade Olympique amid a unique sea of cables, it was there.
Read more » 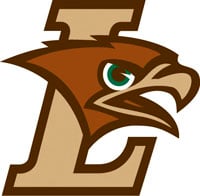 This allows us to update what we know about this fall’s schedule.

What is clear is that Lehigh’s first two road games will not be broadcast on TV.

However, they will be streamed online – and for free.

If you’re not headed to New Britain, Connecticut to catch the season opener vs. Central Connecticut State or to Harrisonburg, Virginia to see the Mountain Hawks vs. James Madison, you will be able to watch the games with the help of a computer.

While TV information is not completely available, it does seem like there will be a live stream of every game online, and in nearly every case, the online streams are free.