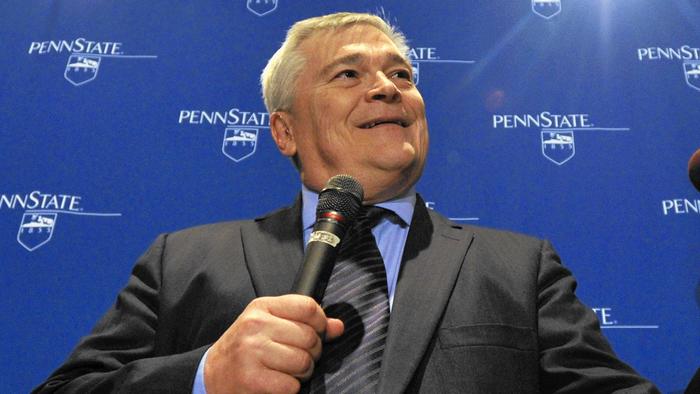 A few months ago, Barron said he would review the Freeh report, the one requested by Penn State’s board of Trustees in the wake of the revelations against Gerald Sandusky and was used by the NCAA as a justification for unprecedented sanctions against the university.

Evidently, his report is in.

Today, he said that the Freeh report “very clearly paints a picture about every student, every faculty member, every staff member and every alum. And it’s absurd. It’s unwarranted. So from my viewpoint, the Freeh Report is not useful to make decisions.”

“Unfortunately, there are a lot of shoes that have to drop. You could argue that public opinion has found us guilty before the criminal trials,” he said. “There’s no doubt in my mind what was completely and totally wrong was the notion that this entire alumni base, our students, our faculty, our staff, got the blame for what occurred.”

I know what it’s like to be living in a city where terror lives and breathes, a place where terrorists do plenty to put civilians in harm’s way.

More than ever this is the scene playing out in Paris, London, Brussels and other places in Europe following the Charlie Hebdo murders these last couple of weeks, with word of hacked websites, copycat crimes, police crackdowns and foiled terrorist plots.

But these are not unique times.

Message to FCS Schools: The Playoff Experience Is What You Make Of It

When you think of FCS playoff success in the 2010s, you have to think of the most successful current program playing FCS football over the last four years: North Dakota State.

The Bison’s three national championships speak for themselves, and if you count their impressive playoff run in 2010 as well, their four-year record in the playoffs is as impressive as Youngstown State’s and Appalachian State’s runs in the last thirty years.

In 2011, the Lehigh football team saw the Thunder Dome (or, if you prefer, the FargoDome) up close, and saw what home advantage can do in the playoffs.  The 24-0 win wasn’t the most impressive performance by the Bison ever in the postseason.  However, the hallmarks of the North Dakota State home-field advantage, in the form of false starts and timeouts for the visiting team, were very evident in Lehigh’s gameplay that afternoon.

Today I’m taking a look at the process of determining seeds and bids to the FCS playoffs, and I found a system where a different schools have different expectations of the what the playoffs can offer.