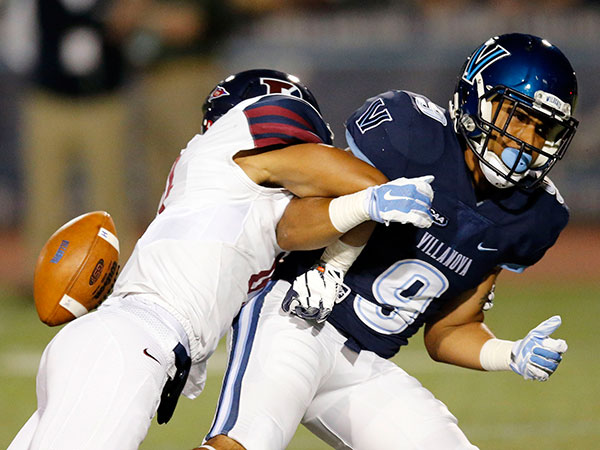 I don’t ordinarily do do two things with my poll that I actually did this week:

1. I usually don’t demote a team completely out of the Top 25 if they’re a Top 5 team and they lose.

2. I usually don’t demote a team from the No. 1 slot if they win their game.

But that’s exactly what I did, after I looked at my poll with a fresh new set of eyes after some of the more interesting outcomes from the weekend.

I’d been meaning to demote Villanova for some time, not only due to their sort-of lackluster performance over the beginning of the season, but for their seemingly lackluster play going back to last season when Sam Houston upset them in the FCS Round of 8 last season.  I was looking for a dominant performance against the worst team on their schedule, Penn, and instead the Quakers upset the Wildcats 24-13.

You could argue that they were getting things done with defense.  You could have said that with the loss of their Walter Payton Award-nominated quaterback, QB John Robertson, they’d suffer.  But the team that lost this past Thursday, simply, wasn’t a Top 25 team in my opinion.  The confluence of all these factors had me dip them out of the Top 25 entirely. 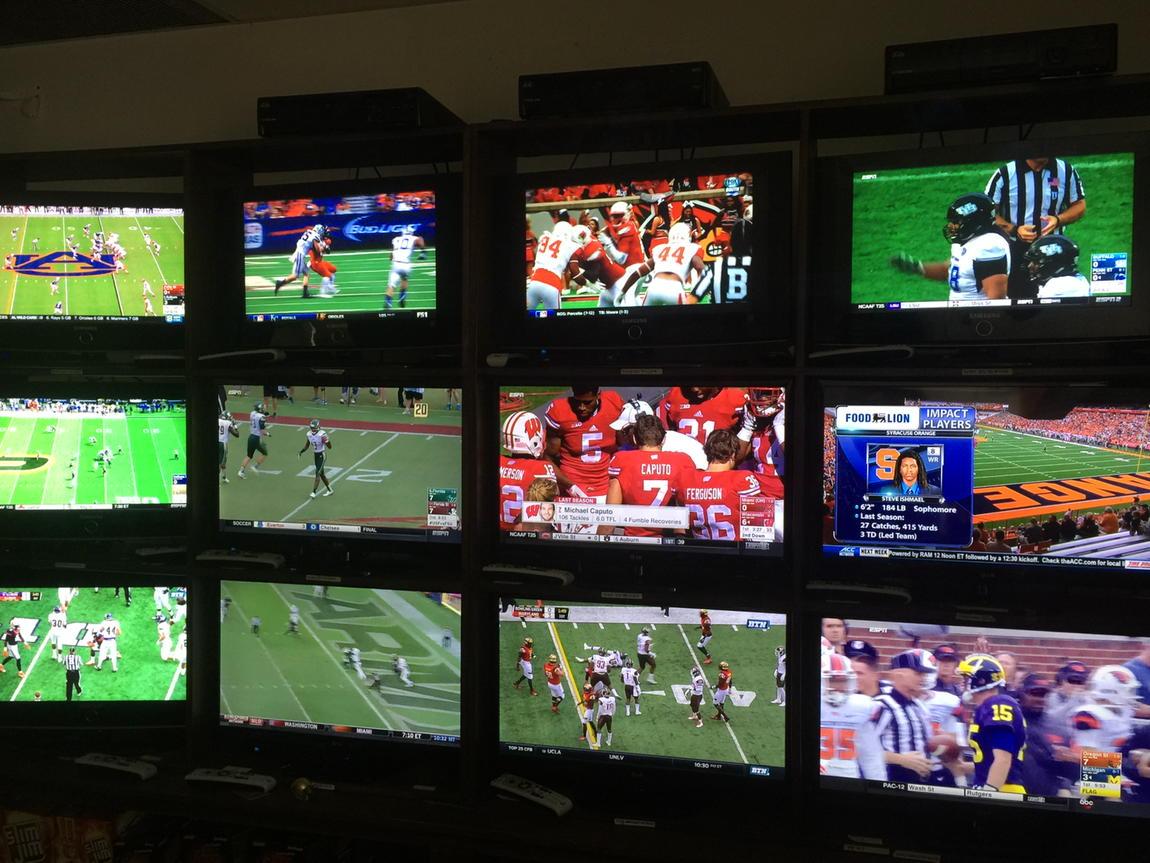 Anything else happening today of note?If you’re not able to catch Lehigh/Princeton in person, whether due to the Pope being in town or just because you need to catch up on your wildflower collection, you can stream the game here from the Ivy League Dig…

Rarely are scouting opportunities so accessible.

Shortly after Lehigh beat Penn last weekend, there was an opportunity for a Patriot/Ivy doubleheader for FCS football mavens, and a chance for Lehigh football fans to get a sneak peek at next week’s competition.

What they saw couldn’t have made any Mountain Hawk fan breathe easy.

What they saw was a dominating performance by the Tigers, a 40-7 walloping that had local sportswriters like Brad Wilson of the Express-Times dig down deep to describe the depth of the blowout.  “If Frank Tavani had seen Saturday’s train wreck of a 40-7 loss to Princeton by his Lafayette football team coming,” he wrote, “he’d have done everything in his power to derail the Leopard Express from proceeding down the track to Disaster City.”

In Wilson’s defense, the depth of the completeness of the win over Lafayette was hard to adequately describe.  Princeton only allowed six first downs in the first half, and only let up a meaningless touchdown with five minutes to play to allow Lafayette to avoid a shutout.  On offense, Princeton would rack up 573 yards of offense, including more than 300 on the ground, against what was thought to be Lafayette’s strength this season, the defense.  Special teams?  Princeton 2/2 on field goals.  Lafayette 0/1.

Based on this great statistical performance, and watching the replay, what to make of Lehigh’s chances against the same squad this weekend that seemed as dominant as the national championship Princeton football teams of 100 years ago?

Romp At Home Shows "Back To The Future" for Lehigh Offense

It is not my favorite movie by a longshot, but this week my family and I watched Back to the Future, the seminal Robert Zemeckis coming-of-age movie starring Michael J. Fox and Christopher Lloyd.

I’ve always felt it’s an OK, meh movie.  It seems to rely on gimmicks and time gags (“What’s a rerun?”) to get its yuks, and it has no business being as beloved as it remains to this day.  My wife and my son loved it, as they have their own minds and, in our family, you’re allowed to like what you like without criticism.  I watched it, happy they were happy, and amused.

In the back of my mind while watching Christopher Lloyd attach the cable to the tower clock, I was worried about Penn.

The consequences of a loss in this game to the 2015 season would have been severe.  The Mountain Hawks were already coming off a rough 55-17 loss to James Madison, one where criticisms of the team, the coaches, and players were starting to be heard.  A 1-2 start heading into two tough out-of-conference games versus Princeton and Yale could have the Mountain Hawks staring down a 1-4 start going into conference play.

Instead, Lehigh would crack 40 points at home in a 42-21 win over Penn, scoring six touchdowns and for the most part controlling the game in a way that wasn’t seen in a while at Murray Goodman Stadium.

With a three touchdown win and the Mountain Hawks dropping 40 points at home, are we… Back to the Future?
Read more »

How to Catch Penn/Lehigh If You’re Not At Goodman

Short and sweet.  Live video of today’s game is available here:http://campusinsiders.com/network/patriot_league/liveEveryone’s favorite radio call will be available here from Matt Kerr and Tom Fallon in the box. Matt Markus will be reporting …