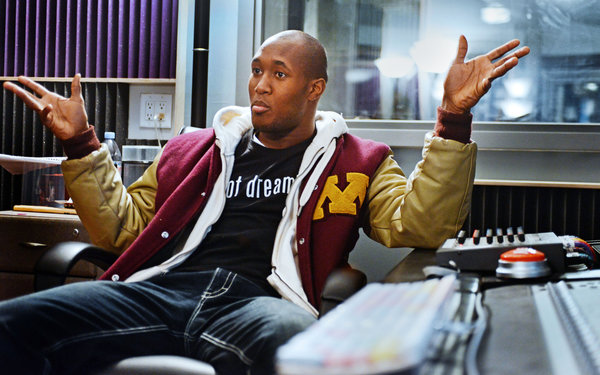 I am not usually one to rake the NCAA over the coals.

As the cops of collegiate athletics, I understand their job is hard, and too many athletic departments are trying to break the rules.  Even if some rules are strange or restrictive, at their heart they are there for good reasons.

But they’ve been slow to adapt in some ways to an ever changing digital world (as Lehigh football fans undoubtedly are well aware).

And yesterday, an enforcement case came to light that just begs for commentary.

It’s the case of Minnesota wrestler Joel Bauman, who was yanked from competing for the Gopher wrestling team for violating an NCAA bylaw.  His crime?  Recording a song and charging 99 cents for it on iTunes.
Read more » 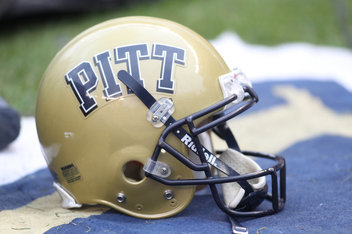 It’s not nearly enough to have a “year off” recruiting when you’re at – or, in Lehigh’s case, near – the top.  You lose all-league players like WR Ryan Spadola and DT Sajjad Chagani and you have to recruit all-league players to replace them.  There’s never any room for error.

Lehigh fans who have been waiting with baited breath to see how scholarships have found their way into Coen’s class of 2017 finally have a chance to discover what, if any, impact scholarships have.

The Patsy Ratings offer an answer, and it’s a surprising one.

Scholarships seem to have had a good impact on Lehigh’s first scholarship class.  Did it give Lehigh the same type of large Patsy Point class that, apparently, Colgate and Fordham had?  No, it did not.

Every once in a while, a Patsy Point class crosses the desk of the Committee where the Members check the other side of the paper for more names.  “Is that all?”  they ask, with no response forthcoming.

Such is the case with Holy Cross head football coach Tom Gilmore‘s Patsy Point class this go-around, his first with football scholarships at his disposal.

It’s a small class, which in and of itself is not a bad thing, necessarily.  But as you’ll see below, the Patsy Point rating system was – shall we say – not kind to Holy Cross’ incoming class for this season.

Everyone knows, and nobody is more aware of this than the Committee members, that the Patsy Ratings are a deeply flawed system.  They are for entertainment purposes only.  Any resemblance to the true worth of an incoming class is purely coincidental.

Using the same system used for the rest of the incoming classes, however, Holy Cross did not score well for the class of 2017.  Not well at all.

Fordham knows the ropes when it comes to football scholarships, and so does head coach Joe Moorhead.

Coming last season from the coaching staff at UConn, and himself a former Fordham football player, he’s seen the academic side, and the scholarship side.

One of the great things about the Patsy Ratings is that it treats all schools equally.  Scholarships, grants, it attempts to treat all the teams the same, whether they’ve been recruiting with football scholarships for one year or four. 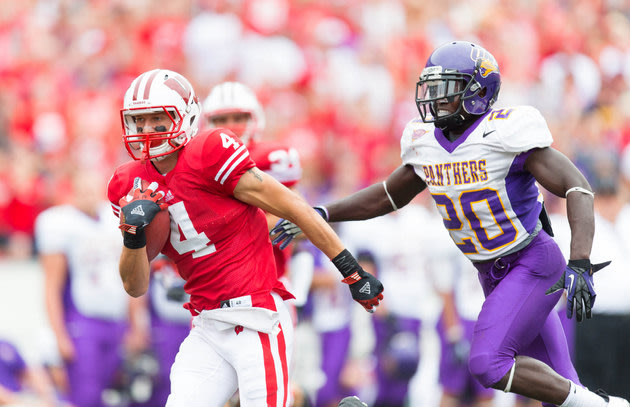 It is truly hilarious when people who don’t know what they’re talking about try to make news points, and news decisions, based on one side of the story.

Such is the case with the breathless coverage of the Big 10’s decision, led by former Wisconsin head football coach (and current athletic director) Barry Alvarez, who shared with the Milwaukee-Journal that Big 10 officials “recently agreed to stop scheduling nonconference games against FCS programs.“

Of course, the first thing papers around the country do is pull a picture from such an FCS game involving Wisconsin from last season – surely a poster child for a blowout, right?

Um, not exactly.  Northern Iowa gave Wisconsin “all they could handle” in a 26-21 nailbiter.

Wait, it gets better.
Read more »

Another day, another foray into the Patsy Ratings, where Joe Susan’s Bucknell Bison now go under the microscope.

There are no statistics, of course, which say, definitively, that Bucknell wasn’t totally using their grant-in-aid money to effectively scholarship football players last season.  (None, except the fact that Bucknell hasn’t won a Patriot League football title since 1997.)

But with the prospect of conventional scholarships came the prospect of a different type of recruit becoming attracted to the delights of Lewisburg, Pennsylvania.  (Delights which escaped me during my “recruiting” trip there, but I digress.)

Did it work?  Is there a significant boost in the type of athletes headed to Bucknell?  And was the net result a Patsy Point haul that reflects this?

The answer is: Sorta.

Yes, there was a boost.  But it didn’t net to a huge boost in Patsy Points from year-to-year.

Next up in the Patsy ratings extravaganza is Colgate, who, as you’ll see in a moment, seem to have not only embraced scholarship recruiting with the gusto The Bear attacks chicken wings, but also seem to have crafted an incoming class that seems, strangely, to almost be geared towards scoring Patsy Points.

The Committee, after seeing the numbers racked up by Colgate in this area, asked a question.  What is, actually, the highest Patsy Rating ever recorded?  Does this mega-class have what it takes to make it to the pantheon of Patsy Rating heroes?

The answer, surprisingly, is no.

In the limited number of years the Patsy Ratings have been running, there have been at least six classes with higher ratings than Colgate’s fine class this season – and at least two classes that never enjoyed a Patriot League Championship, thus giving the rest of the league some hope.

It’s no secret that Colgate brought in some good ones – but exactly how good is the class?
Read more »

My first foray in the world of the Patsy ratings is Lafayette, who, in the past five years running, has been the first to announce their incoming class, was (I believe) the first Patriot League school to recognize National Letters of Intent, and has consistently made the biggest deal of “signing day”.

The question is on every Lafayette fans’ mind, of course: So, now, we have scholarships.  That means those low Patsy ratings for our incoming class are also a thing of the past, right?  Is this the year the big Patsy Points start to roll in?

What different types of kids will we get, they say?  Which head-to-head recruiting battles will we win that, in other years, we weren’t even in the running?

This class gives the first opportunity for the Leopards to see exactly what scholarships have wrought.  It’s been what all Patriot League fans have been waiting for.  So, what’s the result?

The answer, according to the Patsy ratings, is more along the lines of: Meet the new boss.  Same as the old boss.
Read more »

Something new is coming to Lehigh Football Nation, and no, Jerry Lewis has nothing to do with it.

Once upon a time, there was a legendary Lafayette message board poster called carney2, who came up with a way to attempt to rate, in a somewhat unbiased manner, Patriot League recruiting classes.

This year, his Patsy ratings – which don’t have to do with real Patsies, incidentally – come to LFN.

All those printouts, formulae, and (hopefully) some of the dry wit now are a part of the website.

In the upcoming weeks, I’ll be going through the data and coming up with the rankings.  But before I do, I thought I’d whip up a quick blog posting to describe exactly what it is we’re doing here.
Read more »