Archive For The “Dustin Wharton” Category

We break down the Georgetown game – and we give our fearless prediction, below the flip.

It’s frustrating to try to break a team down when, as of Friday at 1PM, Georgetown’s game notes for the weekend’s games are not available.  On the plus side, though, Georgetown did supply a short preview article that does provide a way forward with some critical injury information.  That, plus last week’s game notes, provide something to go on.

Something that does leap off the page of that preview is the following fact: “Georgetown has had a combined 15 players from its season-opening two-deep miss 28 games this season due to injury, including four different linebackers missing at least two games apiece. “

Certainly injuries have taken a toll on Georgetown’s non-conference schedule, including sidelining the preseason Patriot League defensive player of the year at a bare minimum.  But will those injuries affect this weekend’s game?  It’s hard to say.

This season, as mentioned by legendary Hoya football blogger DFW Hoya, is the 75th anniversary of the beginning of what would become a mini college football dynasty in the late 1930s.

Parallel to the emergence of Fordham on the national scene, with Vince Lombardi and their “Seven Blocks of Granite” was the Hoya’s undefeated, untied team of 1938, who saw team after team fall to tie or defeat above them and saw them standing alone as Eastern Sectional champions ahead of Villanova and Boston College.

Behind the direction of QB Joe McFadden – an Allen High School grad – the Hoyas would shut out Temple, Bucknell and West Virginia in three consecutive weeks while beating Maryland in College Park 14-7 to conclude their undefeated season.  Since their schedule was considered weak on a national level, they weren’t considered for a bowl, but a significant number of the same players would be invited to the Orange Bowl a couple of years later in 1940.

Today’s Hoyas, who are sporting a 1-5 record, are actually still looking to establish a perfect record this season, too.  Like Lehigh, they are 0-0 in official Patriot League play and will be looking to be perfect by early evening at Murray Goodman stadium.  Both the Hoyas and the Mountain Hawks’ Patriot League seasons’ start this weekend, and only one will come out alive.
Read more » 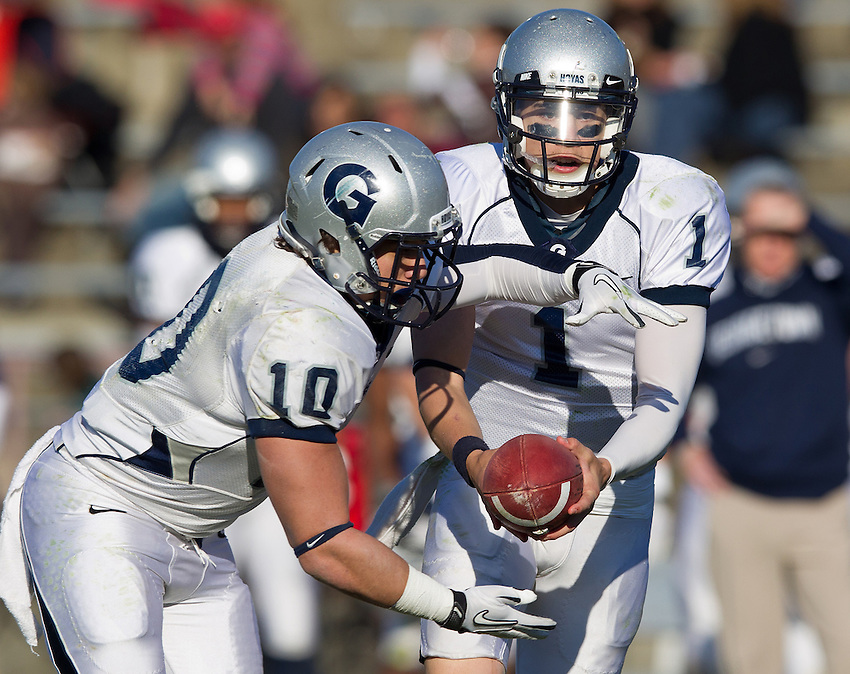