Archive For The “SWAC” Category

Like many Division I football programs, Lehigh started their preparations for the upcoming Patriot Football season last Thursday.

If you had to list the desires of the football team going into the preseason, chief among them is eradicating the memory of last season, whether it was the 3-8 record or especially the final game of last year.

But what I think really gets the Lehigh players going, and in fact what gets most players going at FCS schools, is that they get a shot at something truly special.

For Lehigh players, it means they can get a shot at taking down a nationally-ranked team, James Madison, in their own house, a shot at returning a Patriot League Championship trophy to Grace Hall, a shot at turning things around against Lafayette, and a shot at winning a national championship against the best schools of their subdivision.

It’s a time of optimism for all FCS schools, but it’s the shot that truly makes it special.

And if there’s one thing I fear more about the future of college football than anything else, it’s when schools remove opportunities to give schools a shot at something special.

One of the best pieces of data reporting, in regards to NCAA athletics, comes from USA Today Sports and a group of lawyers and reporters.

It’s called the NCAA Athletics Spending database, which details the amount of revenue and spending that every public school makes on athletics.  (By law, every public or partial-public school needs to disclose this information.)

The full database is here, which is interesting in and of itself, but I wanted to break out the database to only include those schools with FCS football programs.  That’s what I’ve done below. 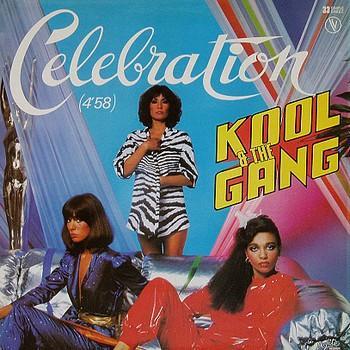 I actually feel bad for the schools and athletes of the MEAC.

Last year, the players and coaches of the schools of the MEAC knew that they all had an equal chance to compete for a national championship, just like all the other schools in Division I Football Championship Subdivision, or FCS.

But with the announcement of the Celebration Bowl, a postseason bowl game which rips the MEAC’s champion away from the playoffs to face off against the winner of the SWAC, none of the talk anymore is about the athletes.

The talk on the internet around the bowl, financed and created, essentially, by ESPN, is how much money each host school could or could not bring home if they qualify for the game.

Rather than haggle over money, though, I think HBCU conferences are probably better served by doing something that probably has been needed to be done for decades – reorganizing.

The reason, oddly enough, is the bowl game.
Read more »

2014 Saw All Of Division I Football Break Into Cliques

You may remember the genius of Groucho Marx, the bespectacled Marx Brother with the grease-painted eyebrows and mustache.  One of my all-time favorite films, Horse Feathers, featured Groucho, Harpo, and Chico on the football field (actually the Rose Bowl), representing their “school” in a particularly important game.

But it’s a particular quote of his that seems to summarize Division I football perfectly, at both the FCS and FBS levels.

“I don’t want to belong to any club that will accept me as a member.”

Division I has never truly been a large tent of equal schools.  It was a division that counted as members Texas (whose athletic budget is as large as some small nations), Mississippi Valley State (whose entire athletics budget is about the size of what the University of Texas pays for socks for its athletes) and Marist (who doesn’t even spend any money on athletics scholarships for its football athletes).

But 2014 was a year of true soul-searching in athletics, where a whole lot of schools decided they didn’t want to belong to the Division I club that accepts them as members.
Read more »

Grambling Forfeit and Protest Puts Spotlight On Plight of HBCUs

If you’re reading this blog, chances are you’ve enjoyed some college football at some point during this 2013 season, either in person, at an FCS school like Lehigh, or maybe on TV, watching someone like QB Johnny Manziel play in front of 100,000 stadium fans.

If you’re like most casual fans, though, you don’t think about the number of days it takes for these players to get to gameday and to compete: hot practices in the summer heat, countless hours in the weight room, the training regimen it requires.

This last week, student-athletes at a very small Division I university in Louisiana had looked around at the environment surrounding themselves in regards to their program and facilities and said: enough.

Grambling’s situation this season, which led to the strike that caused them to forfeit Jackson State’s homecoming game last weekend, is a complicated one.  It’s hard to summarize neatly in 500 words or less.