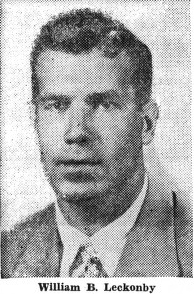 Everyone had heard of the Lambert Trophy on the campuses of Lehigh and Lafayette.

Awarded to the most outstanding college football team in the East, it was routinely won by some of the legendary big-school programs of the time.  Jock Sutherland‘s Pitt teams and Earl “Red” Blaik‘s Army teams dominated the Lambert Trophy balloting in the first couple of decades of the award.

In 1957 the Lamberts and their board members, including Kermit Roosevelt, son of Teddy Roosevelt,  decided that there ought to be a Lambert Trophy for smaller schools in the

East as well – schools that played against “major colleges”, but didn’t play the majority

of their games against those schools.

It gave an extra jolt of excitement to the Rivalry.
Read more »