Archive For The “Media Day” Category No congratulations are needed since we haven’t accomplished a single thing yet. Sorry if that sounds sour. We appreciate the recognition.

In the span of a tweet, Zach established immediately that re-reading one’s press clippings from the 2016 season is not something this 2017 edition of the Lehigh football team will be doing.  They’ll be judged on accomplishments, not preseason all-Conference teams.

Lehigh Picked Tied for 3rd At Patriot League Media Day, Eager To Get To Work

The Patriot League officially kicked off the 2016 football season with football media day at the Green Pond Country Club, and Lehigh was picked in a tie for 3rd.  Colgate was picked 1, Fordham was picked 2, and tied with the Mountain Hawks was Holy Cross at 3.

Senior OL Zach Duffy and senior LB Laquan Lambert, were asked what they thought of the preseason pick.

In other years, you might have gotten a bit of a chest-thumping response, but this year’s group was notable in the calm way they answered the questions.

“I think that’s fair,” Zach said.  “It’s where we finished last year, and we haven’t proved much yet.  We haven’t achieved our goals yet.  I wouldn’t have wanted to be picked any higher since we haven’t earned it.”

“We have high expectations on ourselves,” Laquan added.  “This fuels the fire for us.  We’re just going to have to take it day by day if we want to win a championship.”

No cries of disrespect – just a quiet sense of needing to return to work, which seems to summarize fairly well the attitude I sensed from the Lehigh table at Media Day.  “Workmanlike.” 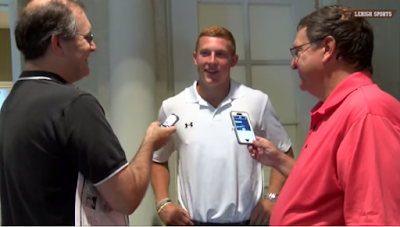 It was a very notable fact that there were no long faces at Lehigh’s table at Patriot League Media Day.

That’s not to say everyone was satisfied.

It is true that the Mountain Hawks were picked to finish fifth in the preseason poll, the lowest they had ever been picked as far as anyone could remember.

It is also true that, when the subject of the defeat at the hands of Lafayette in the 150th meeting of the Rivalry came up, visible discomfort crossed the faces of junior QB Nick Shafnisky, junior LB Colton Caslow, and head football coach Andy Coen, as you would expect.

But the results of the preseason polls and the outcome of the last game of last season could not dampen the enthusiasm emanating from Lehigh’s table today.

“Last year, we were picked second, and this year, we’re picked fifth,” Shafnisky said with his characteristic fast-paced energy.  “and… we’ll see how we turn out this year.  I can’t wait to see.”

“We’re going to put our cleats on, and run as hard as we can to go catch them, Coen said in the same video, seemingly ready to lace them up himself and take the field and knock a few heads if necessary.
Read more » 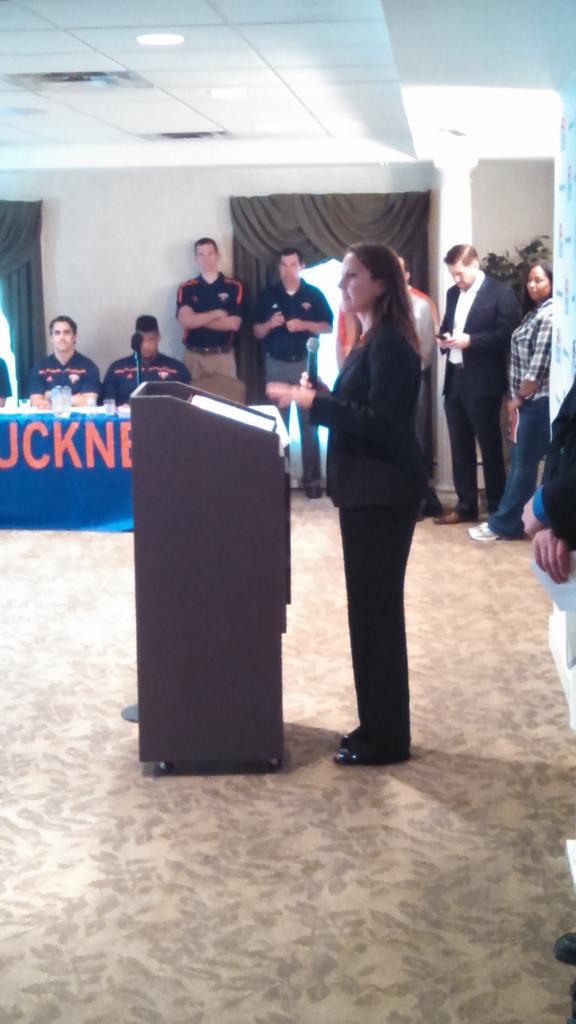 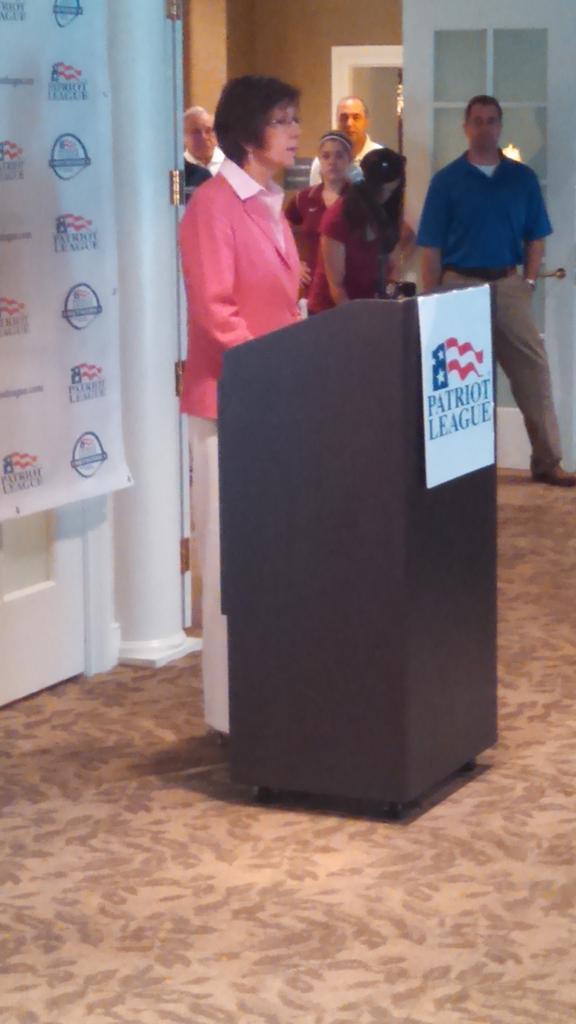