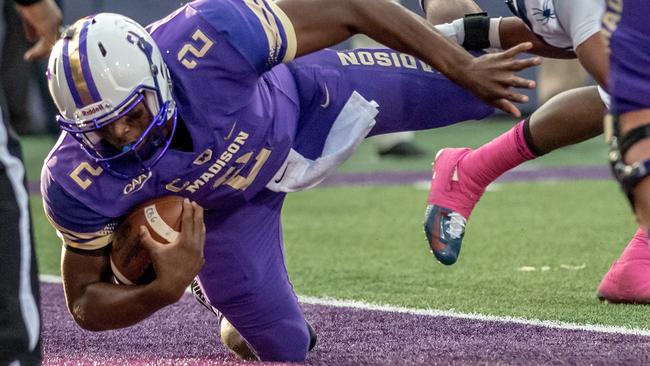 If you'd like, you can check out my FCS Top 25 vote below.

The story of the week in James Madison after their loss to Richmond wasn't the fact that College Football Gameday was there, nor was it about their big CAA conference loss, which took them out of the drivers' seat for the CAA title and conference autobid.

It was the fact that their superstar quarterback, QB Vad Lee, sustained an injury that would require surgery and take him out for the remained of the season.

The play didn't look like much.  The Dukes, who were already down by two touchdowns, saw Lee simply try to make something happen on a routine 2 yard run left.  A shoestring tackle by Richmond's linebacker wasn't particularly dirty, though in retrospect it looked like his foot was tackled awkwardly.

A play afterwards, Lee remained in, and collapsed after hucking a deep pass, and his incredible career at JMU was done.