Archive For The “Cornell” Category 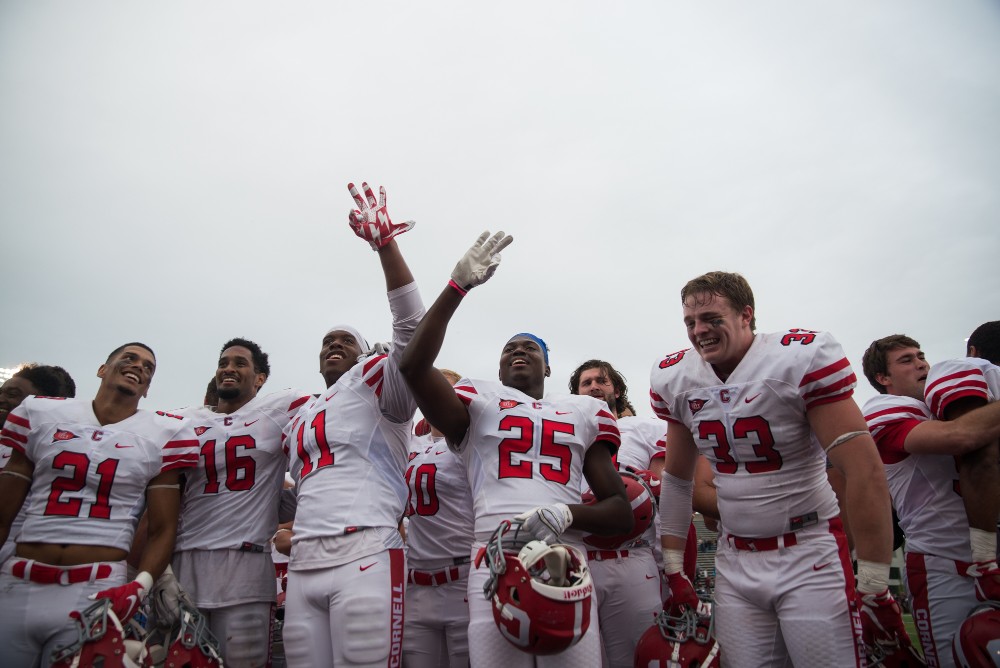 This week’s candidate for the LFN Top 25 curse?  Sacred Heart, with Colgate a very close second, but there were a lot of teams in the lower reaches of my Top 25 that suffered defeat, in a list that includes Fordham, Southern Utah and (again) William and Mary, who suffered a second straight crushing defeat in two weeks, this time at the hands of New Hampshire.

Never in a million years did I ever think Tennessee State, Cornell and North Carolina A&T would simultaneously be in my Top 25, yet there they are.

This weekend’s Lehigh/Cornell game, if you’re not able to make it to Ithaca, will be available to be viewed online, but it will require a subscription and a fee to do it.

It’s available to on the Ivy League Digital Network, and you can buy it on a school day-pass basis.

I forget the price of Cornell’s day pass, but if you went for the monthly subscription to ILDN back when we played Yale, then you’re good for this weekend’s game at Cornell.

The game is Lehigh’s latest start of the season, at 3:30 PM up in Ithaca.

My plan is to can listen to the game for free on www.espnlv.com (or on the radio at AM 1230 and 1320 of the Lehigh Valley).  The reassuring voices of Matt Kerr and Matt Markus will be on the call.

We break down the Cornell game after the flip.

The Cornell Big Red are led by the youngest head football coach in all of Division I, David Archer.

His resume sounds like a college football player’s dream; starter on the offensive line at Cornell, invited to remain on the coaching staff after a year as an assistant at Franklin and Marshall, and then, after five years and a surprise departure from then-head coach Kent Austin, being promoted from within to become the head coach at your Alma Mater.

What may not be a dream is Cornell’s record ever since he took over.  While not entirely his fault, Archer has gone only 3-11 as head Big Red.  Still, it’s more victories (and more losses) than I’ve enjoyed as a Division I head football coach, and he’s not even 35.  (To both of you who are wondering: My Division I coaching record is a perfect 0-0-0.)

Cornell is a typical Ivy League school in that NFL prospects have been known to compete up in Ithaca, and this year is no exception, as you’ll find out.

You hate to put it this way, but this weekend’s tilt between Lehigh and Cornell could be the anemic force versus the extremely movable object.

Lehigh’s defense would be the movable object, ranking dead last in FCS in total defense, but the Not So Big Red’s offense, ranked 121 out of 123 FCS teams, hasn’t exactly impressed either.

It sets up two teams extremely hungry for victory this Saturday, eager to get something positive going before the rest of the regular-season schedule gets back underway.

In May, this might have seemed like a speed-bump up in Ithaca.  Now, it seems like a game that must somehow be a victory to get the bus out of the ditch.
Read more »